Waters are our spirit

Aboriginal Peoples in Victoria have a deep connection with waters and waterways.

Aboriginal Peoples in Victoria have a deep connection with waters and waterways. They are essential to Spiritual and Cultural practices, as well as environmental management, food production, language and (Lore) law. Water connects People and communities to land, and to each other.

Currently, there are some laws in place that recognise Traditional Ownership of waterways, and the role of Aboriginal-led water management. In 2018, for example, the Historic Shipwrecks Act 1976 (Cth) was replaced with the Underwater Cultural Heritage Act 2018 (Cth) to include all underwater heritage.

In 2017, the Yarra River Protection (Wilip-gin Birrarung murron) Act 2017 (Vic) established the statutory body, the Birrarung Council, as the independent voice of the Yarra River. At least two members of the Council must be nominated from the Wurundjeri Woi Wurrung Cultural Heritage Aboriginal Corporation to ensure appropriate caring of the river.

There is also developing policy, for example, the VAHC project Our Places Our Names – Waterways Naming Project. Through this project, RAPs and Traditional Owners are encouraged to apply to the relevant naming authority to change the registered name of a waterway and to name currently unnamed waterways. The renaming of waterways with language names is an important process of decolonising the landscape, as it replaces the names given by European settlers with that place’s Aboriginal name. Changing the registered name and updating the VICNAMES dataset reasserts Traditional Ownership of the waterways and means that language names will appear on such things as road signs and Google Maps.30 The naming of currently unnamed waterways will afford a level of protection for a vast number of unregistered places and objects within the landscape currently not possible.

The Aboriginal water program run by the Department of Environment, Land, Water and Planning (DELWP) has a number of programs running, including the Dja Dja Wurrung Clans capacity building project at Bendigo Creek, and the Gunditj Mirring and Barengi Gadjin Towards Cultural Flows Project at the Glenelg River. The Aboriginal water program aims to better include Victorian Aboriginal Peoples in the way water is managed in Victoria and to empower community connection to water for cultural, economic, customary and spiritual purposes.32

CHMPs have produced some positive outcomes. Grampians Wimmera Mallee Water (GWMWater) worked on a CHMP for the Wimmera Mallee Pipeline with the Barengi Gadjin Land Council Aboriginal Corporation, the local RAP and Native Title holders for the Wotjobaluk, Jaadwa, Jadawadjali, Wergaia and Japagulk Peoples for the Native Title area around the Wimmera River. GWMWater reported that they developed a ‘very successful working relationship’ with the Land Council on that project.33

On 12 November 2020, it was announced that the Gunaikurnai Land and Waters Aboriginal Corporation will receive two gigalitres of unallocated water in the Mitchell River. In addition, Southern Rural Water (the water corporation responsible for administering the Mitchel River Basin Local Management Plan) will make a further four gigalitres of unallocated water available on the open market over 2020 and 2021.34

This comes after introduction of the Water and Catchment Legislation Amendment Act 2019 (Vic), which amended the Water Act 1989 (Vic) and the Catchment and Land Protection Act 1994 (Vic).35 The amendments embed Aboriginal cultural values into the planning and operations of water resource management. For example, the Water Act 1989 (Vic) now reads that a Sustainable Water Strategy must consider opportunities to provide for Aboriginal cultural values and uses of waterways in the region to which the Strategy applies.36

Nevertheless, more can be done to empower the ownership and control of Traditional Owners over their water and waterways, and more can be done to ensure that Traditional Owners receive equitable benefits over the use and management of their resources. In fact, in some circumstances, waterways are left at active risk of harm through a failure to recognise their cultural and environmental significance. For example, the current definition of waterways in the AHA excludes many ‘unnamed’ waterways including tributaries. This has permitted harmful activities to take place there because they are not afforded the protections of the AHA.

NOTE: The breadth of destruction is difficult to quantify as there are thousands of objects and sites associated with unnamed waterways that are currently unregistered so are unmapped. 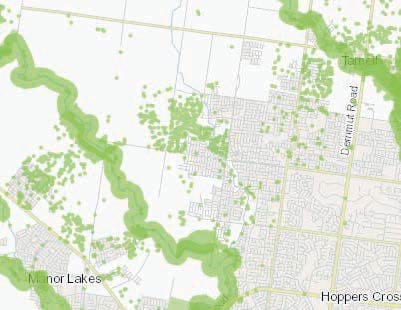 Discussion question: What are your Cultural responsibilities when it comes to caring for water and waterways?